A week ago I purchased a Teensyduino 3.6 from a local computer hardware retailer. The board did not include the pins or cables, so I had to buy those extra.

In less than an hour at home, I was able to install the tools in Linux Mint 18.1 and edit the simple blink demo program. No dreaded “jenkins” errors when using the compiler.

After soldering in the headers, I replaced the Fubarino 1.5 with the Teensy 3.6 on the core motherboard. I tested the board with just the two leds, and was able to get the simple test program to run. I then wired up the ahrs breakout board and the clock board. After making a few changes to the code based on the examples from pjrc, I was able to get a working program. I now have a working ahrs data logging program writing information to the micro-sd card.

Below is a photo of the core board: 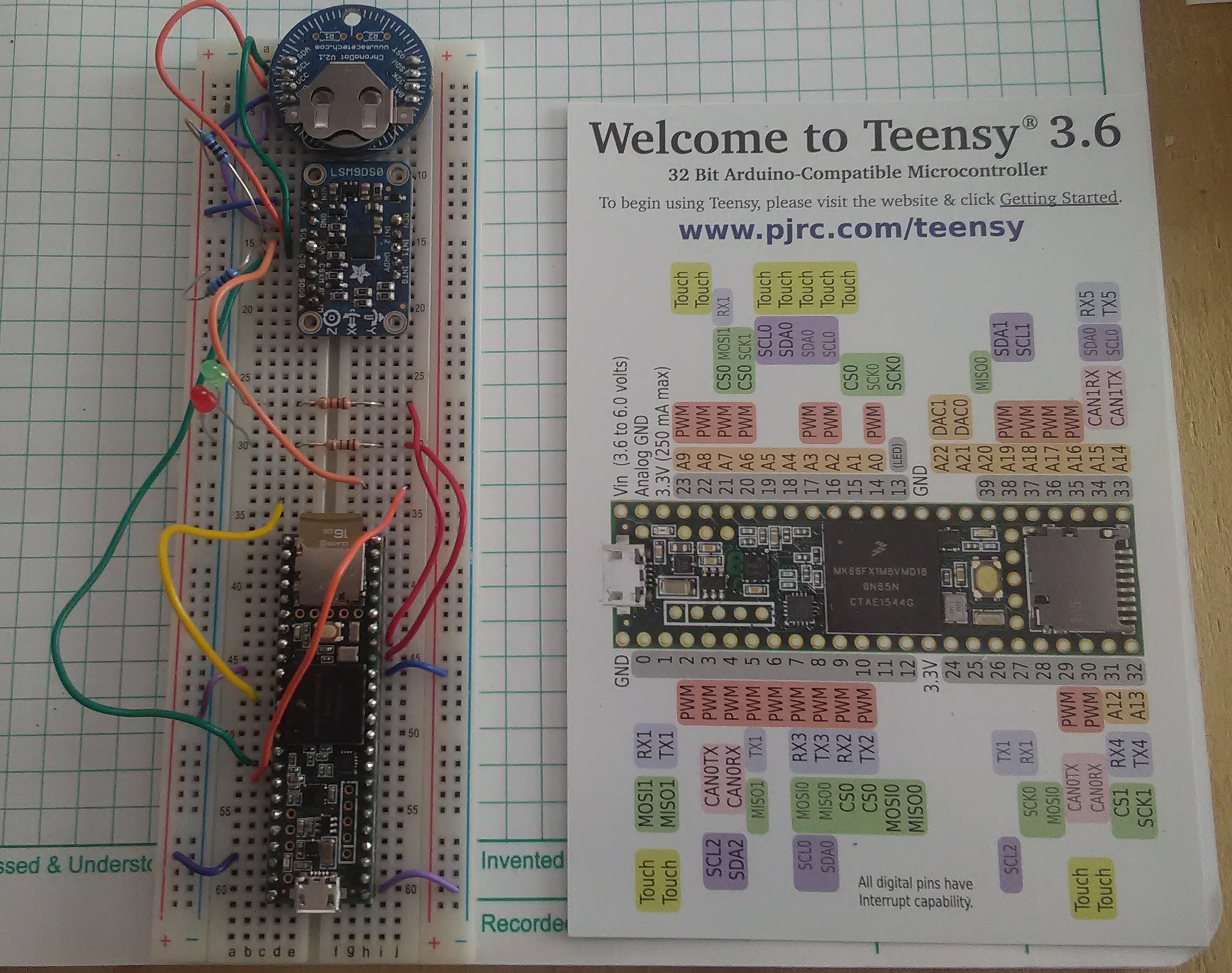