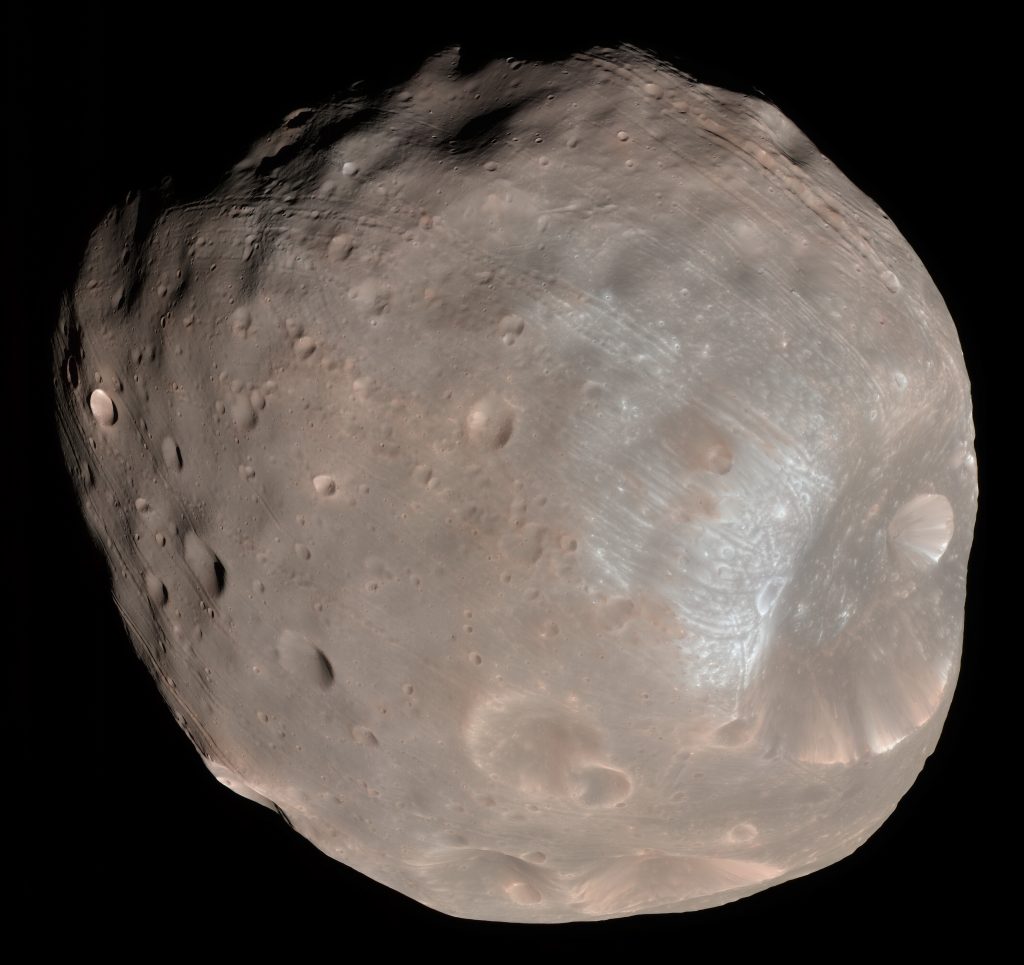 Phobos is the inner of the two Martian moons.

Using one of the NASA or ESA probes for radio relay to Earth requires the balloon to upload the data using their system during a short window (15 minutes) per day.

If the mission placed a relay on Phobos, the balloon would be able to upload data during the 4 plus hours for each pass overhead, thus relaxing the issue of matching the short upload window. Due to the slight gravity of Phobos, a probe would easily be able to land on the surface without using parachutes or airbags.

Therefore, the testing at this early stage will assume that there is a relay placed on Phobos by a launch slightly earlier than the balloon itself.

Phobos orbits 6,000 km (3,700 mi) from the Martian surface, closer to its primary body than any other known planetary moon. It is so close that it orbits Mars much faster than Mars rotates, and completes an orbit in just 7 hours and 39 minutes. As a result, from the surface of Mars it appears to rise in the west, move across the sky in 4 hours and 15 minutes or less, and set in the east, twice each Martian day.

Phobos has dimensions of 27 km × 22 km × 18 km,[1] and retains too little mass to be rounded under its own gravity. Phobos does not have an atmosphere due to its low mass and low gravity.[13]

With an altitude of 5,989 km (3,721 mi), Phobos orbits Mars below the synchronous orbit radius, meaning that it moves around Mars faster than Mars itself rotates.[16] Therefore, from the point of view of an observer on the surface of Mars, it rises in the west, moves comparatively rapidly across the sky (in 4 h 15 min or less) and sets in the east, approximately twice each Martian day (every 11 h 6 min). Because it is close to the surface and in an equatorial orbit, it cannot be seen above the horizon from latitudes greater than 70.4°. Its orbit is so low that its angular diameter, as seen by an observer on Mars, varies visibly with its position in the sky. Seen at the horizon, Phobos is about 0.14° wide; at zenith it is 0.20°, one-third as wide as the full Moon as seen from Earth.

The Mars–Phobos Lagrangian L1 is 2.5 kilometers (1.6 mi) above Stickney, which is unusually close to the surface.