The role of the aeroshell is to enclose the balloon and associated hardware during the transit phase of the mission and to protect the contents during EDI into Mars. The features of a typical aeroshell are shown below.

The lower surface of the heat shield is covered an ablative material that ablates as the probe enters the lower atmosphere. 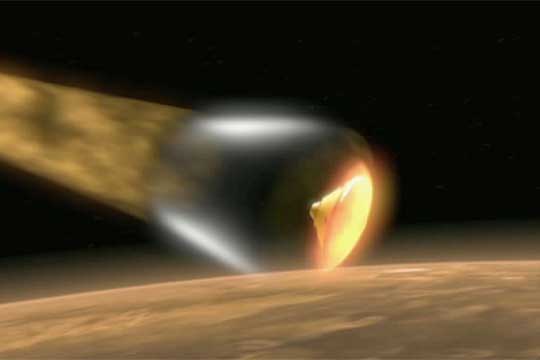 The EDI sequence for the balloon closely follows the standard to the point where the backshell separates from the heat shield. See the diagram below. 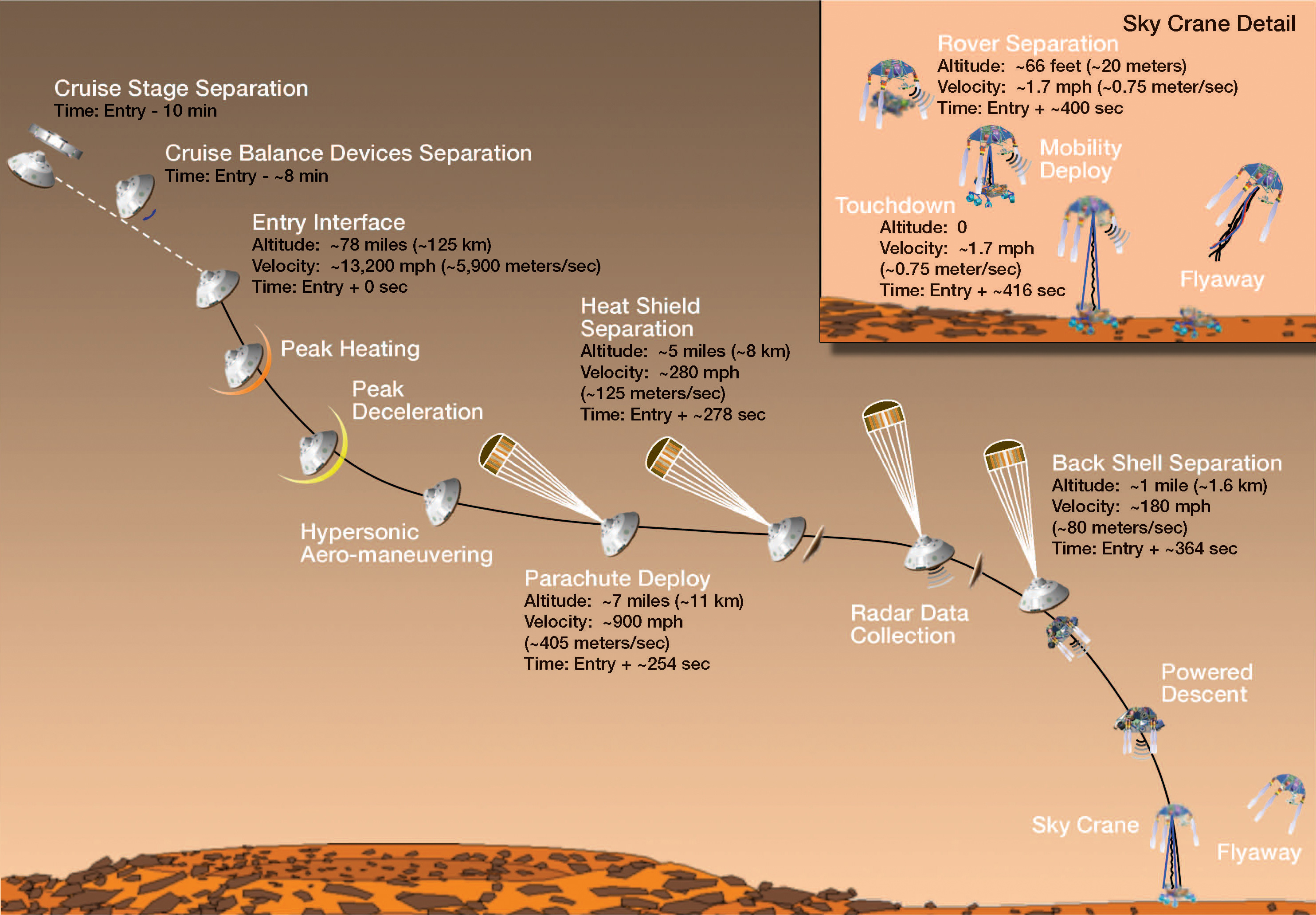 For the balloon, the backshell would contain the helium tanks and other hardware, and the balloon and payload would be dropped on the bridle, inflate, and separate. Small rockets mounted in the backshell would help to slow the descent after the parachute had deployed and reduced speed as much as possible. It is critical to have descent speed be as slow as possible to allow the balloon time to inflate. This inflation could take up to several minutes!

The Russians were working on a Mars aerobot back in the 90s but abandoned their work due to financial issues. Below is a diagram of their entry/descent/inflation sequence. 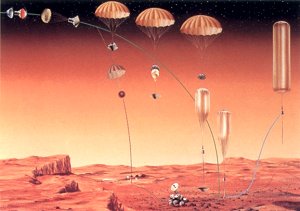 Further balloon design work produced this diagram, which is much closer to what I envision this current balloon would follow. 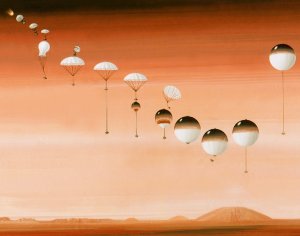 Here is a slightly enlarged version: 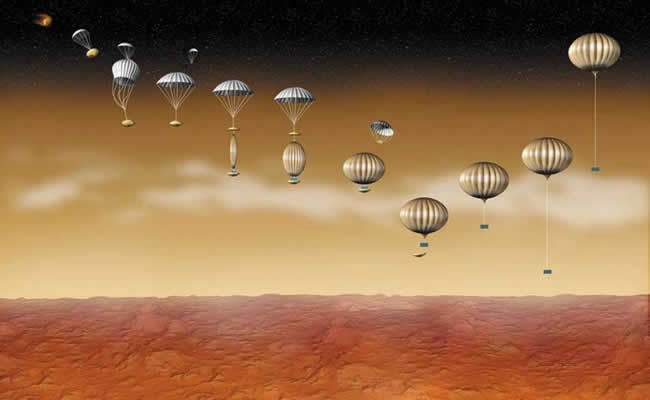