I have also purchased a couple more of the boards in the M0 Feather line:

The M0 Express as shown here: 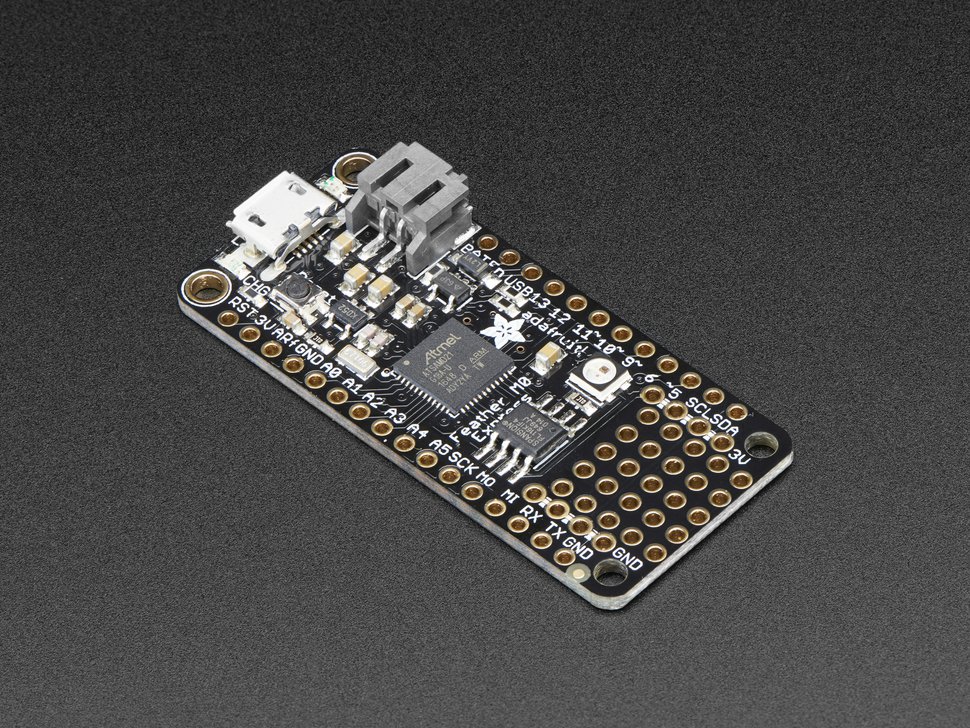 And the M0 with RFM69HCW packet radio as shown below: 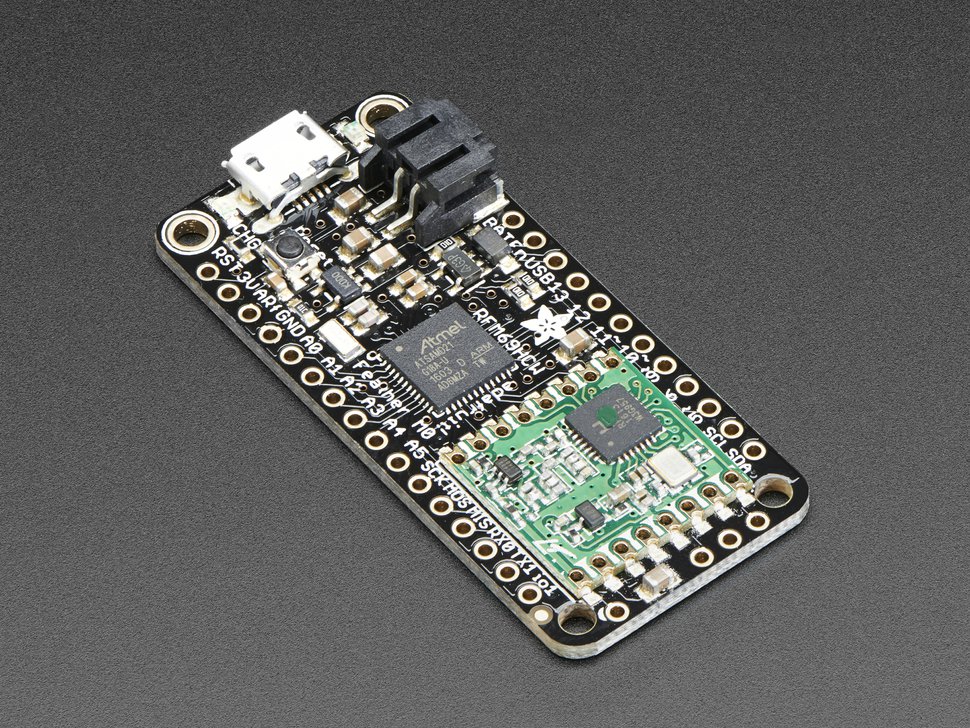 Both of these boards share the standard M0 features. But each has a slightly different feature set. The Express has a 2Mbyte flash chip and a small prototype area. The RFM, as you might guess, has a radio daughter board wired on top of the unit. For the Express, you have that little bit of proto space and can also connect to external boards to get additional features such as the radio which are not built in.

Using two Express boards and two of the Adafruit RFM69 radio modules, I was able to setup a data acquisition system that acquired data from the accelerometer and BMP280 and sent the data to a second receiver machine. This process worked reasonably well for small amounts of data that would fit into the 60 byte payload of the packets. However, using the base package, it was challenging to get multiple packets to all be delivered and written to the SD card on the Adafruit Adalogger board.

For this reason, it makes more sense to capture the data to the local flash chip, and then when the rocket has landed, the data can be radioed back in a more leisurely fashion or even sent over to another machine via serial interface. This is true for the test rocket borne system.

For the balloon system on Mars, it is essential that the data be sent to the orbiter and/or relay reliably, so a different radio type system may be needed.