I also recently purchased a pair of these Adafruit Feathers with M0 and the ATWINC1500 wifi radio module. I bought the units with the connectors for the ufl antennas and had to buy the antennas as well. But no soldering! Here is what the stock boards look like (with the built in antenna not ufl): 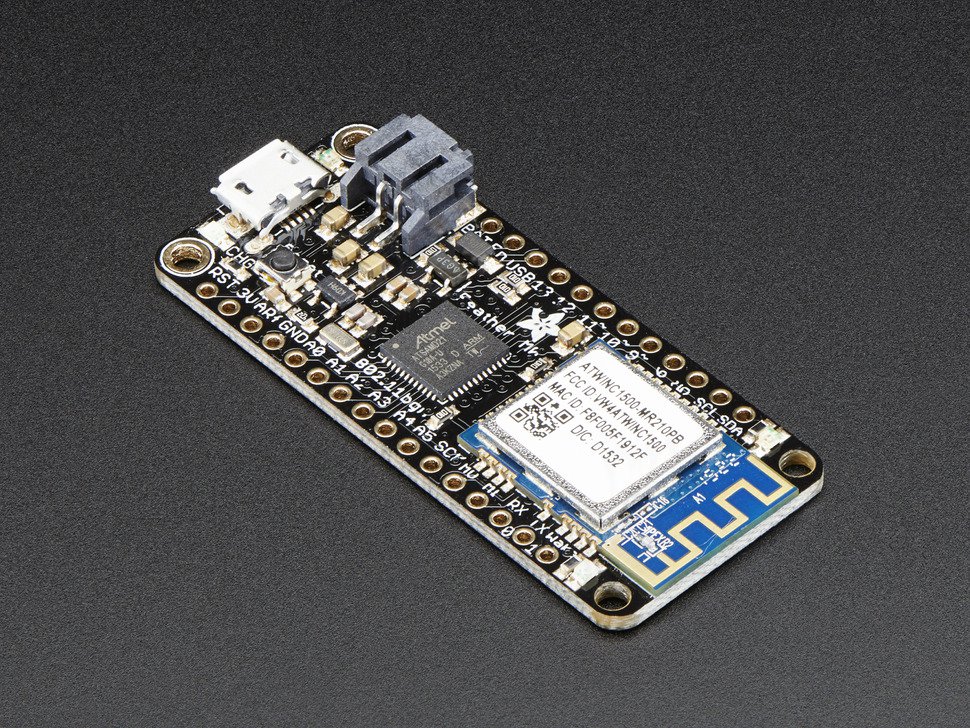 The board lacks the on board flash that the Express has. This means that it cannot, as stock, act as a storage node for telemetry data. It could save some data in RAM but that could go away if there is a power problem (unlikely as the unit is battery capable but in the air or on Mars, very possible). So this unit needs an external data store to save data to. The most likely item for this would be an external SPI flash chip, such as the ones built into the M0 and similar boards.

These boards, having the dedicated 1500 radio, should be able to send and receive using wifi. This is a more reasonable test for use with Mars and means I do not have to write a bunch of code for basic communications. According to the Adafruit site, these also take a lot less power than the ESP32, which makes the M0 better for balloon borne use. Remember, power drives batteries and solar cells which increases mass or decreases run time on the existing batteries.

I soon hope to connect these to sensors and get code to send data using the wifi chips.