There are many interesting sites and videos on the web about high altitude ballooning (also see HAB). These balloons share a number of feature with the Mars balloon, but have different constraints in some areas. The terrestrial HAB typically are run by batteries, as their mission runs only for some hours or at most a day or two before recovery. The balloons can carry heavy payloads because the air on Earth is fairly dense. Terrestrial ham radio operators can report on balloon locations and help to relay data. Thanks ham operators worldwide!

However there are many similarities. Here is an example of what one Maker did for their balloon and payload.

He has such a nice diagram that I have to embed it here with the caption so folks have another visual what the Mars balloon will resemble. 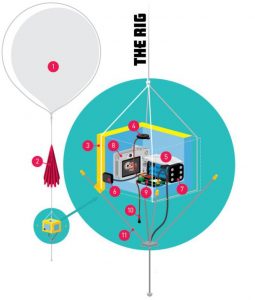 The parts above are numbered. Here is what the numbers correspond to:

The Mars balloon will be quite large due to low air density. Parachute will be larger. The capsule may be foam or aerogel type material. Duct tape is great stuff but at such low temperatures and pressures probably would not hold, so other methods need to be used to hold the capsule together. No buzzer. No GPS antenna. No GPS on Mars. The lithium cells will probably not be AA form factor and must be lighter. The Canon camera is very cool, but controlling it and getting the images off remotely could be a challenge. Hence the Pi Zero option with USB cameras. Combination of Teensyduino and Pi Zero for real time and imaging computers-too much for one system to run everything. Lots more sensors. Antenna may be a rubber ducky type, this needs to be resolved based on the frequency of the satellites.

These are the classic weather balloon types. They are inflated with helium on the ground, then rise until they either reach a maximum altitude and float for a while, or burst and fall back to the ground. Because the balloon lift varies based on temperature, these types rise and fall with day cycles, may need to drop ballast to stay aloft, and generally do not stay up in the air for very long. While this would get the payload into the air on Mars for a while, the concern is that it might only stay aloft for a few days. The science return for the cost would be reduced. 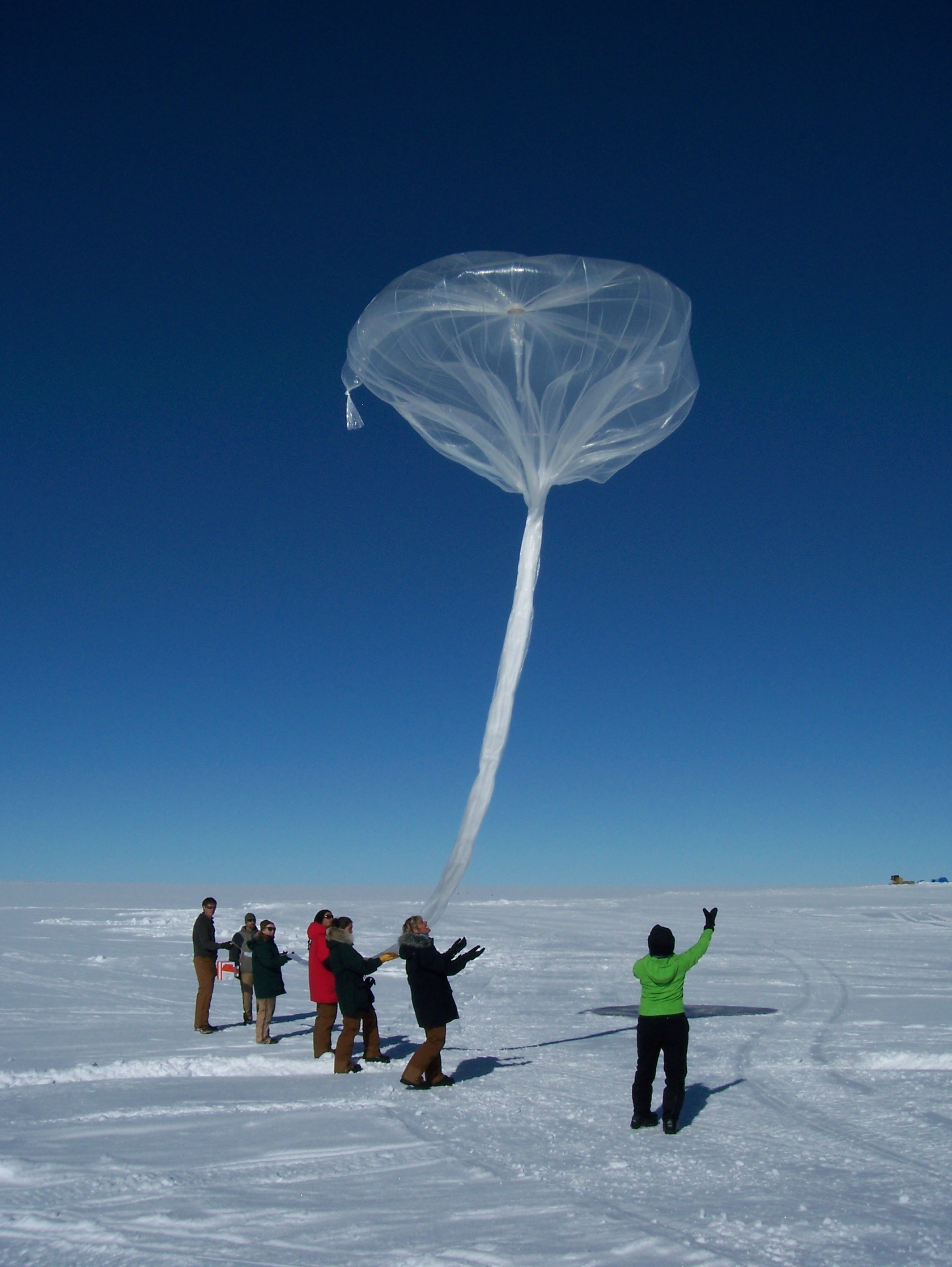